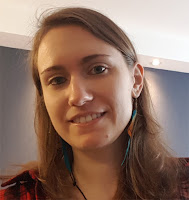 I´m a gamer from Slovakia. I collect lots of stuff like magazines and figures. On 20th May, 2007 I have started my own YouTube channel with one crappy video of flying glitch. At that time I had no idea if my channel could ever be successful or have any views. 11 years later, it has expanded having 228 videos published and over 1600 subscribers, counting up to more than 1,5 million views overall. It was my vision to show you all those LOK secrets to everybody in a series of videos, which thanks to all you fans, was successful. I have finished Soul Reaver, Soul Reaver 2 and Defiance walkthroughs. I still have Blood Omen and Blood Omen 2 left, so I hope I will get to them.

In 2009 I wanted to complement my YouTube channel with a blog as I wanted to write about my observations in the form of articles.  First two years I had barely any readers, but this changed after I wrote the History of Legacy of Kain article and published the Soul Reaver Beta screenshot comparison. My latest additions were soundtracks to SR1, SR2 and BO2, since there were no in-game soundtracks published.

Legacy of Kain game series got my most attention thanks to its brilliant writing and execution. I also like reading books (The Lord of the Rings, Harry Potter, encyclopaedias) and listening to (mostly) videogame music. My favourite bands are Linkin Park and Coldplay.

I´ve played ever since I was about 5 years old. My very first console was an "atari" knockoff console with built-in games. I remember tennis and hike and seek to this day. It came with a joystick which my friend modified into buttons and it worked surprisingly well. Later I had something like Amiga or Commodore but for not too long because we bought a 486DX which we upgraded over time. That´s where I got to play all the great games like Lost Vikings, Wolfenstein, Doom, Heretic, Jazz Jackrabbit and lots of others.

Playing for too long had its cost as my vision got worse in the third grade and I had to wear glasses from that point on. Later we sold our computer and instead I got a PlayStation in 1998. I have played my very first 3D game on it, Tomb Raider 3 as I only played 2D games prior to that and eight axis movement (aka tank 3D controls) was very new to me. It took me some time to get used to it. Later in 1998, I also started buying PSM magazines in which I first read about Soul Reaver in a preview. The concept sounded so interesting so I wanted to try the game out. In the next magazine there was a demo and a video which only convinced me further that this game will be something unique. When it came out in 1999 I was blown away by its complexity, new ideas and technical advances, which no game had in that time. I have played it over and over for hundreds of times, just like the demo before, and it quickly became my favourite game of all time. It also sparked interest in English language (and also thanks to a great teacher at my primary school) and expanded my vocabulary.

When I learned of Soul Reaver 2 and saw first pictures, I was really excited but few months afterwards it was canceled for ps1 and instead developed for PlayStation 2. As it was really expensive as it just was about to launch, I was really sad and unhappy as I could not afford to buy it. However, by a lucky chance, my parents won in a contest and they bought me my ps2 together with Soul Reaver 2. I could not wish for a better present at the time. I have played it over like 55 times and was amazed how well the dialouge and lip sync where done. Also, the story got really tangled and it was interesting to uncover Nosgoth´s forgotten history. After that BO2 came out and I got my hands on it few years later after its release, just like with Defiance. They were hard to buy as there was no proper game store in my town and when they released, they were pretty expensive. I also got BO1 from ebay auction, which wasn´t cheap either.

Over the years I collected lots of ps2 games which can be seen in my collection article. Nowadays I buy games off Steam and GOG as I believe digital distribution is the way of the future. I ran out of space for physical boxes in my room so being only on hard drive is really beneficial. I do miss the era of thick manuals but we have to move on. If you want to add me on Steam, you can find me there under my nickname.

If you have any questions or want to contact me, email me at ancientvampire (at) centrum.sk or use the contact form on the right side. Thanks a lot for your support!