We have been asked so many times in the last few months about the status of Soul Revenant and I am sorry I couldn´t post anything new earlier. I have been very busy but finally I got some free time to fully start working on Soul Revenant and made some progress.


Ever since I have learned about the deleted content and the ending of Soul Reaver, I craved to roam those areas. I had many dreams where I was trying to find the entrance to the Undercity or got lost on a search for Kain´s Mountain Retreat.

Most of this content was cut due to time restraints and hardware limitations, but I always wondered, what would the game be like if there hadn´t been any?

For years I was waiting, but it became clear that the game will never be remade as its sequels were produced. We want the game to be like a sister project to Blood Omnicide, and we think now it is a good time re-introduce this game back onto pc platform, in the wake of the release of a new mp game War for Nosgoth.

Our goal is not to surpass the original Soul Reaver, which would be impossible due to the amount of work needed, but to honour it. Only Dreamcast got a superior version back in 2000 and ever since, it never came to the pc.

The second main aim is to include the much eluded cut levels like the Undercity, Turel´s lair and the Mountain Retreat back into the game. Reconstructing them won´t be easy, as there are only few scraps of concept art, dialogue, videos and screenshots left. I will do my best to bring them back in form as close as possible to the original intentions of the authors.

So far it has been in development for two weeks and is being worked on almost daily. It´s still in a very early stage of development and lots of stuff is unfinished or temporary, so please bear that in mind when looking at the screenshots below.

We got a basic movement for keyboard&mouse and joypad input, character can run, jump, glide, attack, crouch, devour souls and shift realms. Animations need work but for now, we focus on making it playable at first, polish stuff later. I´ll post updates as the development goes further along.

As for the environments, Underworld, the path from Pillars Sanctuary to Abyss is done, for both spectral and material realms. They are currently just placed in the game, no additional models or decoration are in yet. The phase which we are in now is the assembly of the levels and programming all necessary actions for the game to work properly.


In certain areas, it can never match the original game (e.g. animations), however, we strive to bring it as close as possible with certain improvements in mind: 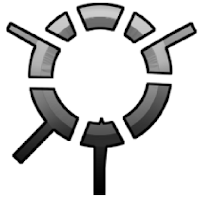 Since the information about War for Nosgoth was spread out on many pages on Eidos forums, Corlagon suggested to make a thread just with the Q&A alone. So I collected all the info and posted in this FAQ thread on Eidos Forums. It´s very useful for those not familiar with this game or if you simply want to recap what we know about it so far.

I was contemplating to add About and Contact for longer time but I only got around to it today. I wrote a bit about myself and how I got to gaming. And since I documented my game collection, I have added a separate page for it as well. There is also a Home button which you can use together with the current blog logo pic. Hope you enjoy these new additions.
Zverejnil Raina Audron o 12:50 No comments:

It´s not often that Legacy of Kain cosplayers are seen around. There have been sightings of Umah, vampire Kain and Raziel, even Ancients, but wraith Raziel is a tough one to get right. However, this new one is one of the best wraith Raziel cosplay ever done! See for yourself in the gallery by SketchMcDraw.