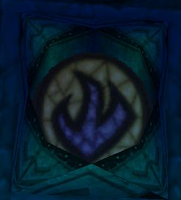 Since there has been a lot of confusion about Carol Wolf´s involvement in the series, I have decided to contact her about this issue and she was kind enough to explain to me. Her website and IMDB profile both mention Blood Omen and Defiance and I wanted to know more about her work for the series. The following is what she told me when contacting her through email.

Raina: I have read on your website that you have written scripts for Blood Omen: Legacy of Kain and Legacy of Kain: Defiance, but only Defiance mentions you as the writer, together with Amy Henning. Could you elaborate on how much have you contributed to these scripts, if possible?

Carol Wolf: I was hired to make the script for Blood Omen: Legacy of Kain (Blood Omen 2 – Raina´s note) for "archaic." I ended up writing most of the scenes and all of the ambient dialog. For Legacy of Kain:Defiance, I was hired to write the scripts. Amy Hennig very graciously gave me story credit as well, for some things I came up with and she approved.

Raina: Would you mind if I let other fans know about your involvement in the series? Could you maybe explain which story elements in Defiance were your idea? Have you written scripts for both Blood Omen: Legacy of Kain as well as Blood Omen 2? I apologize for so many questions, but I would like to shed some light on this. The LOK community is confused as to who wrote which game in the series.

Carol Wolf: It was a great honor to have a small part in the two of these great stories. How splendid that they still live in peoples' minds. I am happy to write a bit about the experience.

Let's be clear, the creator, conceiver and great storyteller of the Legacy of Kain series, in all its iterations, is Amy Hennig. The first time I was hired to work on Blood Omen: Legacy of Kain (Blood Omen 2 – Raina´s note), I got to spend two days in a conference room while Amy "downloaded" the entire 2-4 thousand year history (including the time-traveling backtracks). What ane experience!

Several of the scenes for this game were already written. I rewrote them to make them more dramatic and archaic-sounding. Since I write really fast, and the game designers had lots of other work to do, they stopped writing a first draft for me, and just told me what happened in the scene, and then I would go write it for them. Since I had time, I also wrote all the ambient and incidental dialogue.

I didn't realize (till I looked up my credits on IMdB) that there were two games called Blood Omen: Legacy of Kain. I worked on the second one; that, and Defiance, are the only ones I worked on.

For Legacy of Kain:Defiance, I was brought in at the outset, sat down with Amy again to hear the new story, and then went off to write the scenes. She would then review them, and I'd make corrections according to her direction. She was the story-teller. I dramatized the scenes according to her instructions. She corrected me when she thought I'd gotten a voice or an idea wrong. I have an extensive background as a playwright and, to a lesser degree, a screenplay writer, so dramatizing the scenes was work I greatly enjoyed.

At some point during the process, it was decided to remove a bunch of game levels, for reasons of time and money. At that point, the story had to be redesigned to fit the new game play design. As a playwright I'd had endless experience in rewriting, especially in rewriting to solve certain problems, so this is one contribution I did make to Defiance, in reorganizing the story so no one can tell parts are missing, and so that it wasn't a problem. I had all the scenes noted on a set of file cards. I laid them all out on the conference table, and showed Amy how we could just fold this one section out without losing any important part of the story. So it only took an hour or so to reorganize the whole thing.

During the process of writing Defiance, I wrote scenes and brought them to Amy for her approval, because she was the boss and it's her story. There was one scene, with a troubling plot point, which, when I wrote it, I had that aha! that makes writing such a joy. I brought that to Amy and said, "This is the way it's going to be." And she read it, and she agreed. So, yes, Amy was still the boss, but that bit I did work out, and I'm very proud of it. Amy gave me story credit, which was very generous of her.

Raina: Thank you for clarifying and sharing your experience, Mrs. Wolf. Just reading about it makes me really excited and I can only imagine how great it must have been to be part of the development process. Thank you so much for all the answers! It´s been a pleasure and honour talking to you, Mrs. Wolf.
Zverejnil Raina Audron o 22:39