I primarily want to stress these are the games which I have played or finished during 2017, not games published during that year. I still have a big back log of older games I need to go through. I really want to play AC Origins but still need to finish AC Syndicate which kinda bores me, unfortunately. I have been introduced to a new series, however, and I do not regret it. I see the "YOU DIED" screen too many times per day now, I must say. Dark Souls are something you start playing and think this sucks or that you suck as a player but you keep going and going and then suddenly 30h have passed and you wonder where did the time go. It reminds me back to the days when I was trying to beat the Dante Mut Die mode on DMC3 and DMC1. I am hoping the upcoming remasters for pc will be improved ports, those games deserve it. My next one on the play list after that is probably DS2 and 3, with Bloodborne awaiting me on ps4 as well. One of my other to do lists is to finally record a full playthrough of Soul Reaver 2, which is long overdue and I should start on that shortly, hopefully.

We had to wait for almost 10 years for another Persona sequel and damn, it was well worth the wait. Easily the most fun I had in an jrpg in a long while and enjoyed it thoroughly. P-team listened and improved the things from P4 and overall, P5 is a masterpiece with excellent story, fun mechanics, catchy songs and improved combat. It took me 160h to finish this beast of a game and was the sole reason I got a PlayStation 4. The only gripe is that the affinity to elements is not present (like it was in SMTIV:A) and Hama/Mudo skills are back to being chance based (SMTIV had them damage based), luckily the new curse/bless attacks remedies that. Overall, Persona 5 deserves its place on the top of my list. Who wouldn´t want to be a Phantom Thief? You´ll never see it comiiing!!!

I bought Prey in a sale and was only told that it is like Bioshock so I was not sure what to expect (I always got bored of Bio1 and never finished it). I was wrong – Prey delivered in every regard. The last time I got really hooked into a game this much was SOMA. Now Prey has its own tricks up its sleeves and the gameplay is very non-linear. You can kill whoever you want, even NPCs and the story reacts to your choices. Talos 1 Station is huge to explore and the Typhon enemies are formidable (hearing their footsteps and muttering is always freaky), not to mention the Nightmare enemy... It´s weird that the game got progressively easier as you went on with more powers and guns at your arsenal, but it was always a challenge to play and provided enough different settings that blasting Typhon never got boring. I happily searched every cabinet and drawer just to get more resources and craft more items. It never feels tedious in Prey and many things are optional (my final time was 33h, which is superb for an fps). Recommended to play with headphones on, I really enjoyed Prey and hope it will get a sequel. 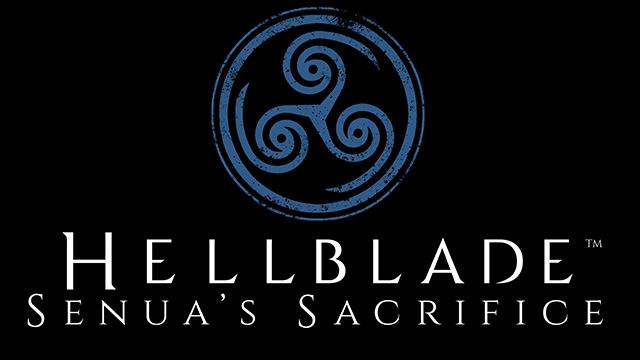 I´ve only heard a few things here and there about Hellblade, looked at the screenshots which looked really nice but it was mostly the portrayal of mental health issues which intrigued me. Now, having witnessed Senua´s internal suffering and her resolve to fight against it resonated deep within me. We all bear our battles in our heads, against the demons clawing their way into our skulls and whispering truths and lies alike. Senua´s darkness stems from many factors, which we as players get to see as she fights her way to Helheim, the hell of her own making. All the supernatural elements feel real and when you have to face demons with giant axes, you have little time to think but to dodge and deliver a deadly blow. Hellblade is about 9h long and even though I wished for more, it gave me proper chills, not from the fights, but from the endless void which Senua is surrounded by. The game shows us that the pain and suffering within is just as real on the inside and Hellblade is definitely an experience like no other.


Talos Principe is a hidden gem on this list. The only thing I knew about it was that it was about puzzles in outside areas. That´s what it is on the surface. Its true value, however, lies within. In simple terms it discusses the nature of life and what is considered as being alive, but this notions has many colourful interpretations and the game lets you decide and express yourself. You can even leave messages for other players. Talos captivated me by its complexity of story, which you can actually completely skip, and is one of the big surprises on my list (and it has damn hard puzzles for which you need to erase all what you´ve known about puzzle solving and employ a fresh look). The conversations in this game are masterfully done and felt like a reward after each puzzle area solved.

After the troubled development of being originally a PS3 game and almost not releasing, TLG finally saw the light and was released on PS4. Having played and enjoyed both ICO and SOTC, I had to buy TLG as well, as I admire Ueda´s work in general. The characteristic landscapes and structures, the strong bonds between the characters and a mysterious story in the background, all of it is back in TLG. I am aware of the negative press given to Trico and it´s AI, however, I wanted to see for myself before I condemn the game. I must say I only experienced trouble a few times, when Trico would not jump somewhere. It´s behaviour is really lively as an AI can currently get and I got attached to the creature, just like the boy did in the game. It was a fun ride and I loved solving puzzles with Trico´s help. If you like previous games from Ueda, this one will not disappoint you. It has a few technical issues (mainly framerate drops in some areas) but nothing which badly hindered my experience.


Resi is back in this fresh new form of a first person perspective and it really did wonders. After a rather bland action and explosion based RE6, the series felt stagnating and in a need of a proper revivel. All this was achieved in 7 - back are the haunting close corridors and narrow pathways, puzzle solving and real fear of your character´s life. First person perspective adds a lot to the experience and being back in a mansion like environment makes me reminiscence a lot about RE1. Even the different key types are back. Well done, Capcom, for bringing RE series back on its track. Looking forward for the next one!

People were not kidding about the games being hardcore. I never really tried it until recently and then put it down when I did like 5hp damage to a skeleton at the beginning and kept getting really frustrated with enemy respawns. I have picked it up again upon a friend´s recommendation and with the fan fix, it plays a lot better. I still die a lot and I am already almost 30 hours in, it definitely made me return to it every night. The game does not hold your hand, it just throws you into the world and you are left to fend for yourself. No map, no hints on where to go, only your resolve to kill that knight enemy again and again until you finally succeed. Repetition has usually a negative connotation, but for Dark Souls, it´s a necessity. You will die over and over, only to either throw the controller against the wall or keep trying. It is a true test in patience and of your fighting skills, but something inside you makes you want more and you´ll keep coming back to it.

Journey starts simple. It teaches you can walk, jump and… sing. Singing a tone is very important in the game, as you wake up pieces of cloth around the world and the more you have, the more powerful you get. It sounds really weird on paper, but the beautiful environments and fun puzzles make this game unforgettable. Primarily, it teaches it´s not the final goal, but the journey, which matters. A truly wonderful game.

This little game was gifted to me ages ago but I never took the time to try and play. I am glad that I did in the end. The controls are tricky but cleverly done – you control both brothers with a thumb stick each, which takes time to get used to but it adds to the unique experience. The game displays many emotions even though you just observe and do simple things – brotherly love, helping others with daily tasks, showing kindness, courage and ability to come to terms with sorrow… It´s a very humble experience about life which I recommend to play through.

-
The steam reviews were promising one of the best story telling experiences and they were not wrong. What remains of Edith Finch is a strongly story driven game which takes only 2 hours but it is very intensive experience. You witness the final moments before the mysterious deaths of the long deceased family members and you are not there to solve them, but to learn more about their lives. Despite being really short (you can finish it in 2 hours) and more of a narrative oriented walking simulator, I thoroughly enjoyed it.
Zverejnil Raina Audron o 21:03 2 comments: