Ken McCulloch, co-creator of Blood Omen, arrested by the police

As Kotaku informed, police has pressed charges against Kenneth McCulloch for child pornography. I would almost not regard this news, but the fact that McCulloch was the lead artist and writer for Blood Omen: Legacy of Kain, makes it hard to miss. McCulloch was consequently fired from Precursor Games, company which formed out of Silicon Knights, which were devastated by a 9 million dollar lawsuit from Epic.
Zverejnil Raina Audron o 18:18 1 comment:

An old Soul Reaver preview and review from PSM

I dug through my old Czech PlayStations magazines and decided to scan everything LOK related. The articles are very interesting since they contain very early images and information which never got into the game itself. I will post more stuff soon.

This first set of pages is from PSM no. 12, which includes a Soul Reaver review. Apart from getting Raziel´s name wrong ("Ralziel"), it features a lot of very early screnshots of areas and template enemies. It even features the test room and early Glyph icons. The review also mentions imbuing the Soul Reaver with elements of water, fire, sun light or souls of your enemies.
Download the PSM review 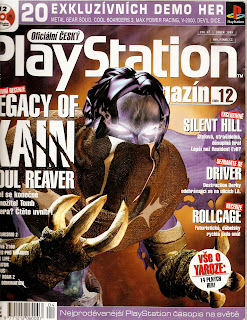 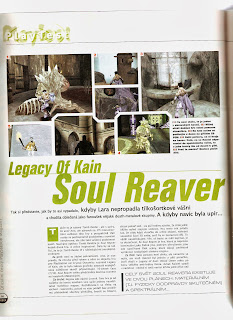 Early shots of Melchiah, Dumah, Ruined City and the Lighthouse 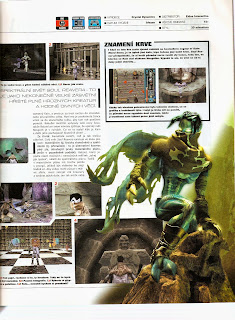 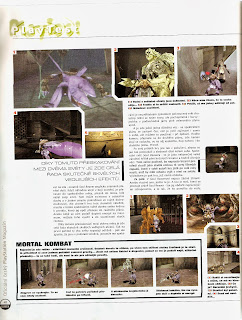 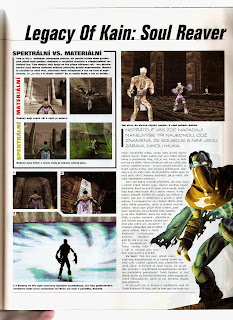 Shot of Abyss and some strange star ornament in the Cathedral 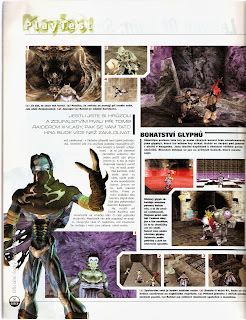 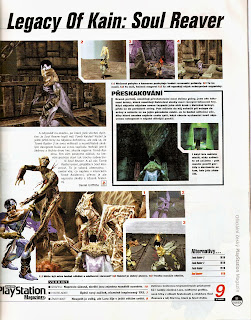 Here is the preview from PSM no. 11. It mentions that Raziel constructed his wings right before Kain got his own, or that Raziel will face Kain three times and Kain having the strength of eight bosses. It also describes that by imbuing the Soul Reaver into fire, ice, water, etc., it can destroy specific enemies. 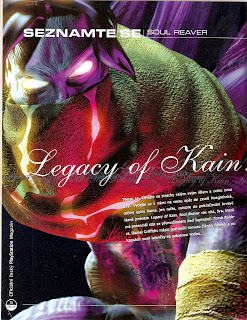 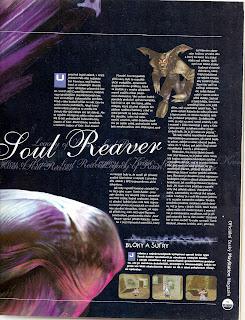 Notice the picture of fledgling Turelim with glowing red eyes 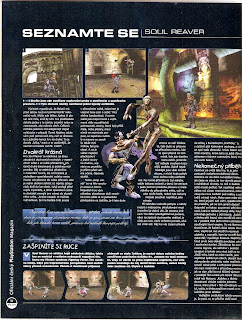 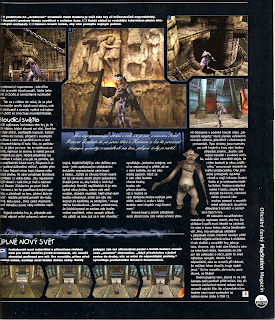 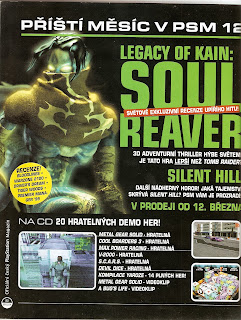 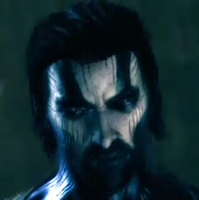 All images in this article have been originally posted by Divine Shadow
Zverejnil Raina Audron o 21:39 5 comments: 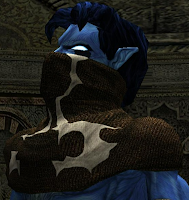 The Hylden made an amazing texture overhaul of Defiance, adding additional details to characters/environments/particles. Below are few examples of his awesome work. You can download the texture packs by clicking the link above (google drive). You will need TexMod to run this.

The pack includes new textures for all the main characters, Sarafan warriors, areas and also a Reshade. It also enhances several environmental textures in the Sarafan Stronghold, Reaver particle effects and spells, Earth Reaver platforms and jump and bat beacons.

UPDATE: The link in this article was linking to the old Eidos forums, which has been fixed now. 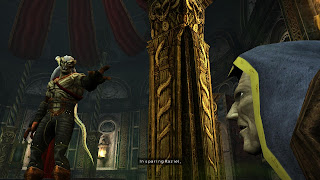 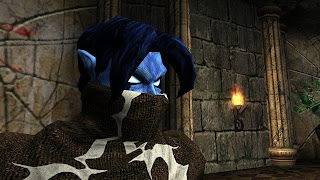 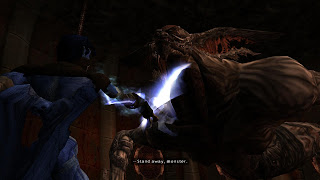 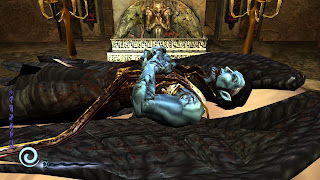 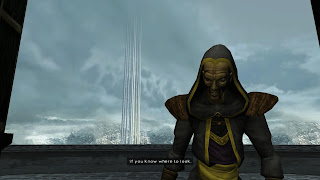 Square Enix sent an official statement to VG247, explaining the recent rumours regarding the mysterious new Legacy of Kain title called Nosgoth. He explains that even though “Nosgoth exists and is in active development, but is not a traditional Legacy of Kain action-adventure game”. I am really worried by his words that "The community should not be thinking of Nosgoth in terms of a single-player experience.” which basically confirms that it is multiplayer game only (the recent finding of BCMPGame.exe in AMD drivers log confirms this as well). Also, he said that the game won´t be announced at this year´s E3. He also confirmed that it is not being developed at Crystal Dynamics.

You can follow Kelion´s twitter account, where he was asked by fans about the new game (Thanks for the link, Corlagon!) or read the Eidos forums, where he communicates with the fans.
Zverejnil Raina Audron o 12:45 No comments: