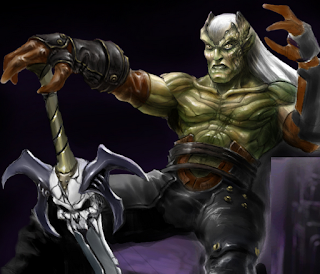 In the article Behind the Classics found on the official PlayStation blog, Amy Henning looked back at her vampiric heritage, Soul Reaver. She elaborated more about the game´s original concept:

"The Shifter concept was the genesis of the game that would become Soul Reaver; the core ideas were all there. The hero was an undead creature, able to shift between the spectral and material realms, and glide on the tattered remains of his wing-like coattails. We conceived the spirit realm as a twisted, expressionistic version of the physical world. The hero was bent on revenge after being betrayed and cast down by his creator – like Raziel, he was a dark savior figure, chosen to restore balance to a blighted, dystopian world."

and also commented on the cut ending of the game:

"To hit the August ’99 release date, we had to cut the last few levels of the game, and end on a cliffhanger that set up Soul Reaver 2. Originally, Raziel was going to hunt down and destroy all of his former brothers as well as Kain – and then, using his newly-acquired abilities, he would’ve activated the long-dormant pipes of the Silenced Cathedral to wipe out the remaining vampires of Nosgoth with a sonic blast. Only then would he realize that he’d been the Elder God’s pawn all along, that the purging of the vampires had devastating consequences, and that the only way to set things right would be to use Moebius’ time-streaming device to go back in time and alter history (in the sequel).
So the story would have arrived at a similar place, just by a different route. In the end, as much as I hated its bluntness, Soul Reaver’s “To Be Continued” ending probably turned out to be a blessing in disguise, because I think it opened up more interesting story options for the sequels." 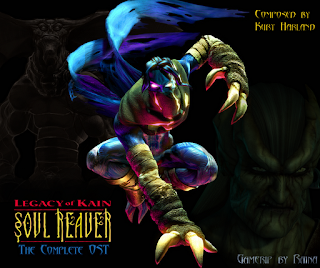 The fifth version of the SR1 OST is finally done and available for download! This version is available in Ogg Vorbis. The soundtrack is divided into three parts, which can be downloaded and extracted separately. I have uploaded both versions, so you can choose which one to download.

Thanks for downloading and enjoy the awesome Soul Reaver music!

Please bear in mind, that the SR1 OST which is hosted on NR is outdated and I recommend downloading this version instead.

Note: This version is out of date. Please download the latest version 7 here.