Divine Shadow unearthed yet another fantastic lost footage - an introductory demo part, which was presented to SE by Climax Studios. You can read more about the find on NeoGaf. The gameplay is very reminiscent of Prince of Persia/Shadow of Mordor with combat from the new Batman games. However, despite being claimed to be an actual LOK sequel, this game´s backstory supposedly would have erased all of what happened during the LOK series and instead, rebooted it similarly to what DmC did. It appears to be very loosely based on the fragments on the existing lore (mentioning Willendorf, even the Soul Reaver is present, albeit in a bastardized form, almost resembling a dagger). Somehow the vampires were all blue soul eaters in the future and could shift just like Raziel ("My body exists by the force of will"), thus completely cheapening his unique mechanic. Inexplicably, the main character vampire Asher got a human soul (Gein) overtake his body, as he tried to devour him, which does not really make sense. Also, for some strange reason, the humans became infertile all of a sudden and the story involved a very old vampiric child and even Elder God came to join the party. Spectral realm makes an appearence as well, but is portrayed like nothing we remember from previous games and resembles more of a time shift than actually shifting into a ghostly realm. Many of the mechanics and assets seen in the video came to be used in the multiplayer part of the game, Nosgoth. The dialogue is also rather crude in comparison to the delicate writing we were accustomed to in previous titles.

Personally, I believe this could have worked as a standalone game much better, without the complexities of the LOK franchise tagged on to it, as what it appears from the scraps of information we have from the game, Climax did a really bad job at trying to preserve the continuity of the franchise. It is a very big shame, because it shows some potential. However, in my opinion, given the fact the story ignores almost everything, which was setup by the previous games, it was for the best that it was cancelled. If anything, Dead Sun resembles much more the weird style of Akuji the Heartless than the vampire series. This post by the Hylden points out other things, which I wholeheartilly agree on as well.

UPDATE: More information leaked and now there is an E3 2012 trailer and a pre-boss cutscene on Youtube as well. All thanks to Divine Shadow´s work! If you have any doubts about Asher/Gein being a replacement for Raziel, do not look further. He basically shamelessly quotes Raziel:
"I am Destroyed. I am reborn. I am a soul Reaver."

To quote the words of my friend, Aevum:
"Yes, got to agree it comes off truly cynical to me, either ignorantly or malevolently using a long-outdated fan timeline as a weapon to bury the LoK sequel people actually desire in favour of your own IP. Square wants a new Kain game, so of course let's strip out every single aspect of the LoK series' identity, bar the minimum possible lip service, and hijack it as a vehicle for our own purposes. That's bound to go well.

I do think the bare bones of the Dead Sun concept were ideal in principle: a whole new character, distant era, etc, all brimming with potential to revitalise the series. It's just a real shame Square and Climax could botch the execution in almost every way; even the aspects which do pander to fans completely miss the mark. "I am a Soul Reaver!" Yeah, cheers for that, Gein. But I guess this is the kind of steep price one must pay for ignorance of the little things; specifically, millions upon millions of British sterling..."

Paradox pointed out that there is actual Raziel found in the footage! Skip to 1:24 of the video and you can see him lying on the ground. Here is a pic highlighting him: 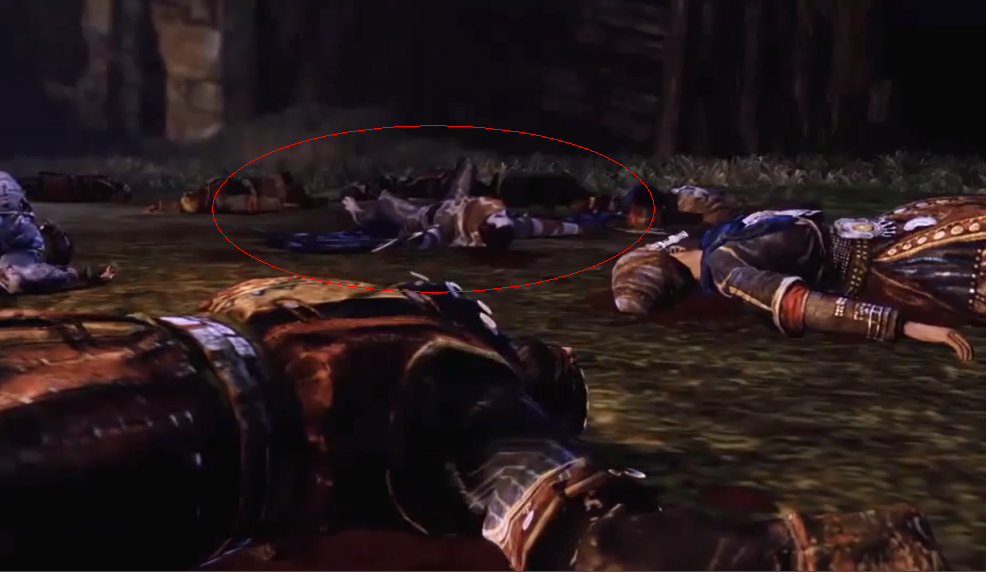 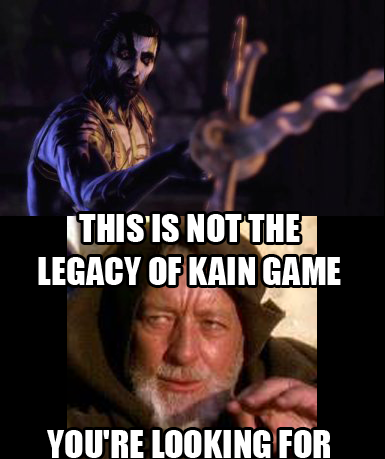