The latest situation with the leaked Dead Sun footage thanks to the diligent work of Divine Shadow and those who provided the material brought a considerable shock and disbelief, both positive and negative. A certain disparity can be observed between the LOK fans on the various forum and Facebook discussions as some people deeply regret its cancellation (even going so far as to make a petition to make the game finished) or on the other side, rejoice in its demise (and making an anti-petition to keep it dead). This article was written at the behest of my own conscience as the series' loyal fan for over a decade and prompted mostly by the new information sprouting on various sources, which have brought us a bit closer to uncovering the truth regarding Dead Sun's development and subsequent cancellation, which might be omitted by many people if not analyzed and brought into light. I do not claim that everything in this article is absolutely truthful, as it all depends on the sources. However, I wanted to bring as much information about this situation as I could, so you yourself can be the judge.

Firstly, let's go back into early 2009, the year when the preproduction work on Dead Sun began. Square Enix decided it was time to bring Legacy of Kain back from the dead (ever since the cancellation of The Dark Prophecy) and asked several game companies, including Climax, to make a pitch for a new LOK game concept. Apparently, Climax's pitch focusing on a human possessing a vampire was the one, which caught SE's eye and was given a green light to start working on. Later that year, a survey took place and a handful of people had been contacted regarding the next LOK game and their preferences in the direction of the story and artwork. The game was in preproduction for three years and in 2012, there was a playable vertical slice demo build and a teaser trailer reveal ready for E3, which was prepared by Square Enix's own CG department. However, something went wrong as the only gothic looking game announced was Dark Souls 2 instead and there was nothing mentioned regarding Dead Sun. It appears, that it must have been prior to E3, when the executives at SE decided the game was not good enough to be showcased and thus pulled the plug on the entire project, after spending possibly millions on its production. What led them to such a decision?

While SE does not comment on specific reasons on Dead Sun's cancellation, the former community manager George Kelion touched on the subject on NeoGAF and Eidos Forums saying that „LOK: Dead Sun just wasn’t the right game, at the right time…“ Other information, that we have is from the original post by Divine Shadow, where he uncovered the game's existence. The situation with the cancellation of the project appears to be less than ideal, as Divine Shadow's thread elaborates upon: „One source recalled that staff came in at weekends to continue working on the game, while higher ups already knew it was cancelled.“ Other sources also say, that the game was not good enough, it had questionable story background, and that the studio could not deliver what they promised, as the scope of the game was too much for their team.

This leads us to the overall reaction of Climax and several supposed employees about this discovery. The anonymous employees posted in response to Divine Shadow's findings on NeoGAF. One of them stated, that the game was very much like Legend of Zelda, with open fields and hub worlds to explore: „The thing to remember is that this bit is a small chunk of what was essentially Hyrule field - an expanse designed to lead from place to place. The person playing this is really taking their time with a bit of the game that has zero missions - the actual structure was far more Zelda/Soul Reaver than this might appear.“

The other developer claims that the game would have pushed Xbox 360 and PlayStation 3 to their limits and that it was even considered for release as a PlayStation 4 launch title instead to get around the technical limitations of the old consoles. He compares the game to Shadow of Mordor, which was very successful, but warns that Dead Sun was just too ambitious and had nowhere near the budget or manpower needed to successfully pull such a game off. The third source sheds a somewhat less optimistic light on the subject, however. His coworker's account of the game's more or less troubled development:

„1) The game had been in development for almost 3 years when squeenix shut it down
2) The project lead had no interest in Legacy of Kain and was quoted as saying "Soul Reaver was garbage". My coworker went on to say that the guy had terrible ideas and what they had at the end was a mish mash of poorly put together half ideas.
3) It was hot trash and needed a bullet put in it.“

Another post from this source to confirm his identity:

Climax's video game director Sam Barlow and narrative designer/writer James Smythe also provided their thoughts on Dead Sun's reception by the fans. It is understandable that they would be upset about their game's being cancelled while the multiplayer component survives with their assets still being used, but these tweets make me question their integrity. Here are the most interesting exchanges: 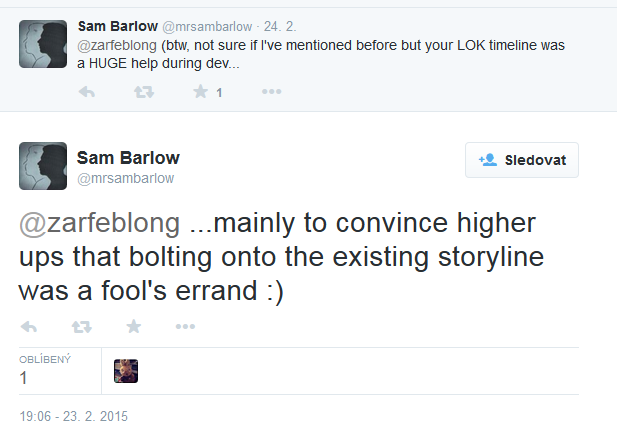 I have a major issue with this comment. Firstly, the aforementioned timeline is wrong and incorrect in many places, as it was pointed out later by Aradiel, and it also does not account for any of the events which occured in Defiance. Being a developer of a possible future LOK game and relying on incomplete fan source material is very unprofessional, to say the least. It shows that Climax's knowledge of the source material was very limited. They also used that timeline example as a very poor reason to convince the higher-ups in SE not to continue Kain's story.

A brief overview of why that timeline is wrong: 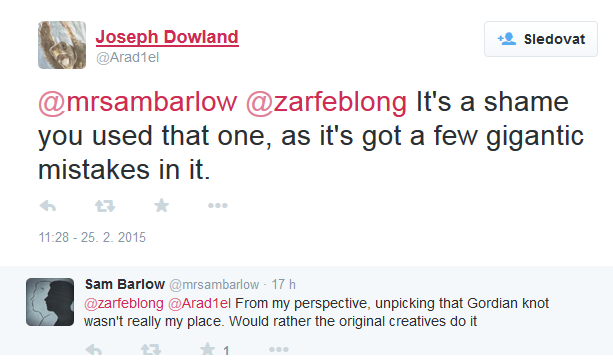 A long-term Realmer, Aradiel, called Barlow out on this timeline issue, however, and the only response he received is that it is not Barlow's problem to resolve the series' story issues. This begs the question: why would he then even decide to make a game bearing the LOK name in the first place if he is afraid of its complexities? The story of the LOK games is certainly not that easy to grasp at first, but it's that depth that has an irresistable appeal to many of the fans and the reason why we are still here after more than 10 years without any game. Instead, we have a company which does not trust itself and this brings us to the following: 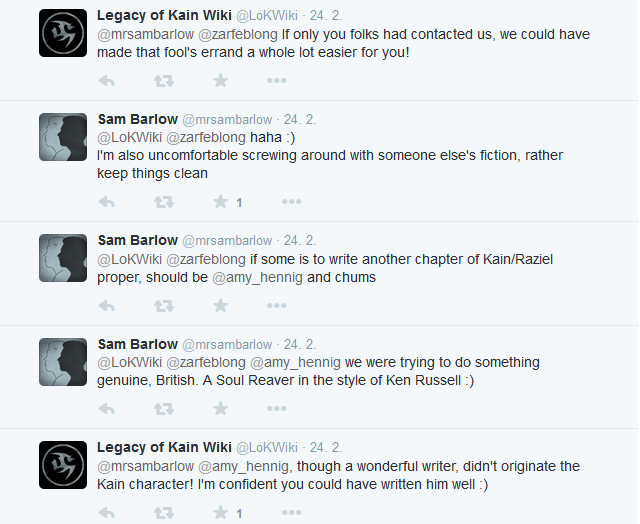 They resorted to creating a wannabe Soul Reaver clone in a relatively "safe" area in the distant future after the events of SR1, further evincing that they had no confidence in the notion of actually continuing Kain's legacy. That is even further exaggerated by the uncovered teaser trailer, in which Gein boldly claims he is a "soul reaver“ after being burned to death by submerging into water. 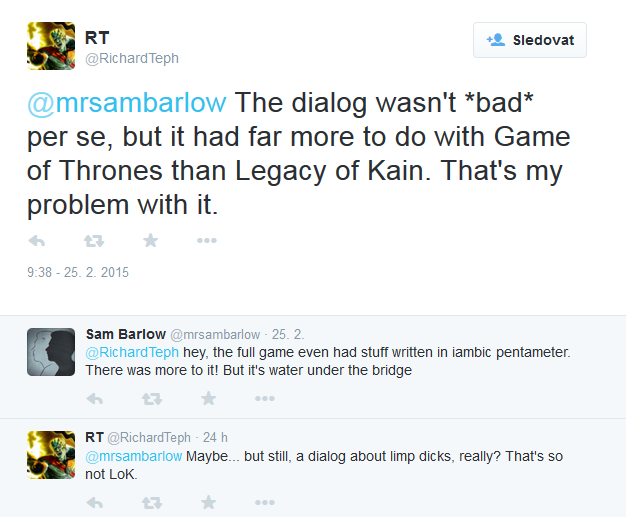 Upon pointing out the problem with Dead Sun's dialogue, Barlow's and Smythe's responses are yet again on the edge of being mocking: 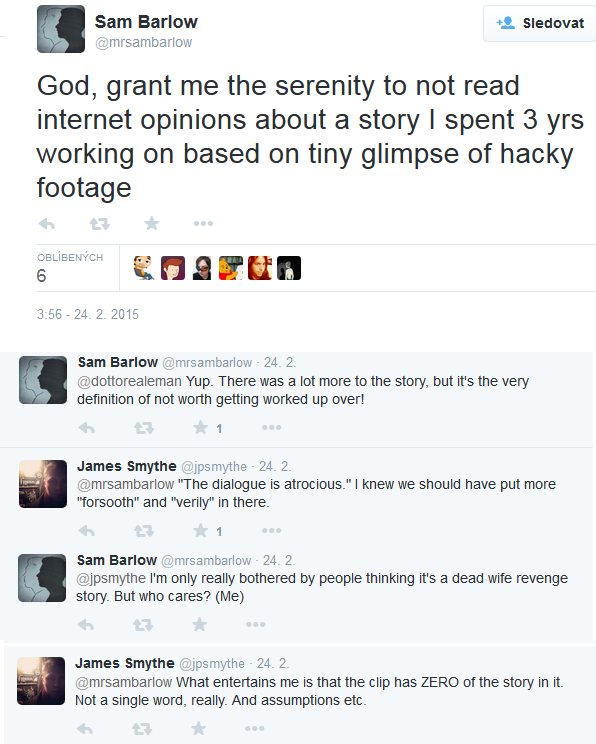 Further, Smythe claims that the footage has zero story in it, yet several cutscenes were leaked as well as a story entry found in the inventory from which we can deduce more than enough (the sun worship, humans being sterile, vampire hunters, vampires becoming wraiths, etc.). Another thing he sarcastically points out is that he should have used the words "forsooth“ and "verily“ to make the dialogue better, yet none of those words ever appeared in the series.

In conclusion, yet another chance of a possible LOK singleplayer sequel got buried and who knows if there will be more. One cannot but help to make a similar parallels as with the DmC reboot and its rejection by the DMC fans because of its different portrayal of the story and the characters despite not being a bad game. In the end, it was probably for the best that Dead Sun did not see the light of day and remained unfinished. It is certainly not an easy task to make a proper LOK game and it never will be, so let us hope, that in the future we will get a more competent developer who will not be afraid of the grand task of continuing Kain's legacy. There is limitless potential to expand this universe, so many interesting settings to explore (such as the Ancients vs Hylden war, the Sarafan era, Kain's empire, etc.), so here's hoping that they will listen to us and avoid wasting everybody's time and money next time.


Special thanks to Divine Shadow/Mama Robotnik for his excellent detective work and Aevum and Hash'ak'gik888 for proofreading and overall help with the text.


UPDATE: Apparently, this article (a mobile version of it for some reason) got the attention of James Smythe and Sam Barlow and they seemingly do not deny any of it. At least we can all agre that the universe was in LOK favour indeed, when DS got cancelled. 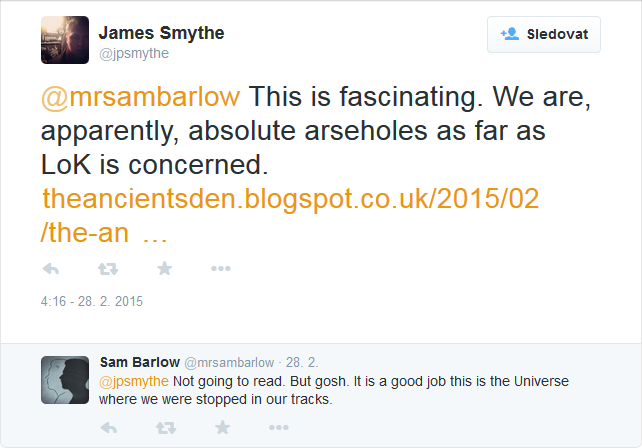 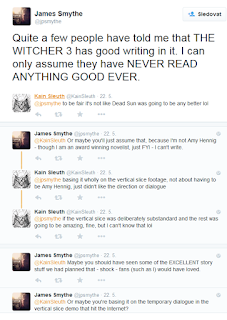