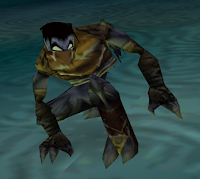 
Seems that the excitment over a new release of LOK game is dominant but ever since the rumour appeared, there have been no news regarding it. I personally think it might only be a fake rumour. This month, I started a new poll question: Have you bought Soul Reaver on GoG yet?
I also updated Lost Chronicle with new info - check the new Characters section on the main page. I covered the backstory of Kain and Raziel during Blood Omen and Soul Reaver, I hope you will enjoy reading it. I also wrote a location for every health upgrade and eldritch energy upgrade pieces in the Soul Reaver game section.
Zverejnil Raina Audron o 06:41